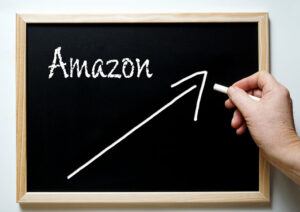 Summarizing, the message is to focus relentlessly on customers, dominate the market, maximize revenue, cut cost, and maximize shareholder value. This strategy has been executed relentlessly with iron consistency. Let’s unpack how this has been done.

The core part of the strategy is what Bezos calls customer obsession, which itself consists of four parts:

Let’s look how each of these has been implemented.

This goal has been achieved by first expanding from books into CDs, toys and electronics, and then by opining up a marketplace for 3rd party sellers. Friction for sellers to join the marketplace is low, which also increases the number of products sold on Amazon. Private labels were added starting 2005 and digital content, starting with streaming in 2006, and then continuing with e-books, music, and games. Connected home devices such as TV, echo, Ring and Blink devices further expand the product range.  Expansion continues with pharmaceuticals and health.

Friction for sellers to join is low, and for them to leave is high. Apart from its unique selling point of 200M unique visitors per month, Amazon offers advertising, fulfilment and brand protection services that make it not only unattractive but nearly impossible to continue business outside Amazon.

Amazon attracts more buyers by advertising, increasing the number of sales channels and by expanding in new geographies.

“While costs associated with free shipping are not included in marketing expense, we view free shipping offers and Amazon Prime as effective worldwide marketing tools, and intend to continue offering them indefinitely”.

The third strategy to attract more buyers is to expand in other geographies. Expansion in China failed, and expansion in India, Australia, and Latin America is ongoing. The development of Kuiper systems is also an expansion of the geography where Amazon can access potential but currently unconnected buyers.

In addition to the currently unconnected, Amazon aims for the unbanked.  Amazon Cash and Amazon Paycode allow depositing money in your Amazon account using cash only, and paying for your Amazon order at a Western union office without bank account.

Lowest price is ensured because Amazon search gives preference to products that are not offered cheaper elsewhere.

Amazon additionally ensures lowest price by offering its own products cheaper than its competitors. For example, Amazon Freight sells its services 30% under the going market price. Amazon can do this by subsidizing this service from AWS. We will return to this in our critical analysis of Amazon’s strategy in a later blog.

The second way to reduce friction is to ease the ordering process. Amazon’s user interface allows ordering with a few clicks only. The Echo product family has been designed to facilitate voice ordering, but this is so far used by only 2% of the Echo owners. Amazon is experimenting with augmented reality on iOS and has opened a hair salon to try out AR techniques: Clients can try out hair styles before they choose one. It acquired patents for scratch and sniff technology, for example to try out perfumes.

The third way to reduce friction is to improve the payment process. Opening an Amazon account makes payment a one-click affair. With just-walk-out technology, Amazon wants to eliminate checkout counters from physical shops.  Amazon Cash and Amazon Paycode, which can be used without bank account, also reduce friction in the payment process for those who do not have bank accounts.

The fourth way to reduce friction is to optimize the delivery process. Amazon has put a great deal of effort in this. Delivery lockers, garage delivery, pick-up points, delivery robots and now delivery drones try to solve the last-mile problem.

The last part of the buying process where friction can be removed is product assembly. Amazon products for the connected home are too challenging or time-consuming to assemble and configure, and Amazon offers a handymen marketplace to do this for you.

In addition to reducing the friction in the buying process, Amazon increases sales by AI-powered product recommendations. This creates awareness of what buyers like you currently find interesting and leads to more sales.

Once you have purchased a few e-books from Amazon, you are firmly locked into the Amazon Kindle book ecosystem. And once you have a Prime subscription, you will faithfully return to Amazon for your future shopping. Video streaming may become more addictive after Amazon’s acquisition of MGM with IP in Rocky, James Bond and Lord of the Rings.

Sellers too, are locked in by Amazon’s huge consumer base and additional services such as Fulfillment By Amazon and brand protection.

In addition to customer obsession, Amazon wants to dominate the market, maximize revenue, reduce cost, and maximize shareholder value. Let’s look at these in turn.

First, the techniques listed above also contribute to the goal of market domination. Selling at or below going market prices, expanding in digital content, expanding geographies and consumer bases and producing a frictionless shopping experience, when executed as successfully as Amazon, result in market domination.

Second, to maximize revenue, Amazon monetized its activities so that they morphed from cost centers to profit centers. Logistics, payment, advertising, and AWS services started out as internal Amazon activities and then were monetized by externalizing them.

Third, cost reduction is not so much paying as little as possible for resources that it uses or people that work for it but measuring their productivity in detail and using this data to extract maximum value from the price of their work. Warehouse and delivery workers are pushed to maximum productivity. Flexworkers are contracted to deal with fluctuations in demand, which is very cost-effective for Amazon.

Fourth, since skilled employees are rewarded in shares, growing the value of shares is a core objective of Amazon.

Amazon’s strategy has been executed relentlessly and with iron consistency. As a consequence, profit is low but shareholder value has skyrocketed from $54M in at its IPO in 1997 to $1.7T today. This is still small change compared to the Dutch East India Company (VOC), which according to some estimates had a value in today’s Euros of €7.5T in 1637. The VOC achieved this by terrorizing, killing, and enslaving the population of the island of Banda, which resulted in a monopoly on the spice trade.

Amazon does not have a policy of terror, death and slavery as the VOC did. But much of the critique of Amazon does create a picture of online colonialism by which value is extracted from an empire of diverse ecosystems. In the next blog, we will discuss this critique.