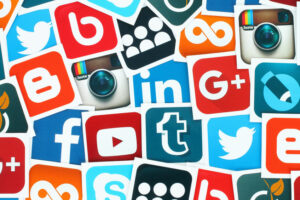 The recent ban of President Trump from Facebook and Twitter has shocked politicians and free speech activists around the world. Private companies should not have that kind of power.

Let me spell out this argument and then apply it to what is currently happening at Twitter, Parler and Telegram.

The function of a social network is to deliver our messages to an audience. Our messages consist of tweets, posts, blogs, comments, likes, photos, audio messages, and videos. The audience to which they are delivered consists of our friends and other members of the network who, according to the social network, would be interested in our message.

That differs from the telephone network. We ourselves determine who are the receivers of our telephone calls. In the case of social networking, this responsibility has been taken over by the network.

Freedom of speech versus freedom of reach

There is a difference between freedom of speech and freedom of reach. The reach of my message is restricted by the communication technology I use. And this is constrained by technology, the policy of the technology owners, and your budget.

In pre-internet days, you could send letters to an audience, which is expensive if the audience is big. You could try to get on TV, which is difficult for most of us. You could write a letter to a newspaper, but most letters are not published because they are not relevant enough or they violate newspaper policy. You reach was limited due to limitations in technology and due to policy restrictions. This did not violate freedom of speech.

The internet changed this. You can send emails for free to anyone you know the email address of. The technology enforces no budget restriction and the policy of technology owners is to deliver each email to its destinations.

Social networks added a new kind of reach. They will send your message for free to anyone who will be “engaged” by it, which means that the message will cause them to continue to be glued to their screen. They do this because they use an advertising business model. For you, it feels as if you can send your message for free to the world. However, this does not make unlimited reach a human right in the same way as free speech is a human right.

The relevant question here is not whether you have the right to decide who will receive your messages. You have this right. The only restrictions are available technology, the policy of technology owners, and the size of your budget.

The relevant question is whether social networks have the right to determine who will receive your messages. The answer is simple: No. They have stated this right in the terms and conditions that you agreed to. You have given them this right. We think it is a natural thing to do. But it is not.

To break the power of social networks to decide who will receive our messages, they need to compete. This means that

In other words, social networks should be interoperable, just as telephone networks are. And our data should be portable. The difference with telephone networks is that social networks can compete on the kinds of services that they give and the quality level of their services. Some networks may offer superb video editing functions. Others destroy messages 5 minutes after they are read. Another guarantees absolute privacy. Yet another may guarantee a safe environment for children. I discuss this in detail in my previous blog.

To make this more concrete I will apply it to what is happening now on Twitter, Parler, and Telegram. But first, we need to introduce the elephant in the room: social network business models.

Whatever the policies of a network, in the long run, its revenues should exceed its expenses.

Most social networks, such as Facebook, LinkedIn and Twitter, do this by advertising. This is the reason that they match messages to users with profiles that seem relevant, and that they apply algorithms to extend user engagement time. The premise of this business model is that users delegate the responsibility for deciding who will receive a message to the network.

Some networks use subscription schemes, usually in a freemium model: Basic services for free, advanced services under a subscription. LinkedIn and WeChat do this.

Another revenue generator is to ask fees for transactions performed in apps that run on top of the social network, such as games. Facebook and WeChat do this.

Some networks are financed by donations by sponsors or by volunteer work. Signal and Telegram are sponsored this way.

There is an interplay between censorship and business model. If an uncensored network becomes a free haven for extremists, advertisers will avoid it. The network will have to ask subscription fees or donations.

If consumers have a choice between networks, then free speech will not be the responsibility of any network, which is as it should be.  Rather, each network is responsible for finding sufficient revenue.

Twitter does a lousy job of censorship. It has allowed president Trump to drown the world in “engaging” misinformation for four years, generating huge revenues for Twitter. Then they blocked him two weeks before his terms ends. And it still allows Ayatollah Khamenei to call for the genocide of Israeli people.

In a free market of social networks, a Twitter user who does not like this could easily move to a competing network, taking their contact list, blogs and other data with them. This would force Twitter to deliver higher quality. It could opt for more consistent and stricter censorship or for consistent lower censorship, depending on which market they want to reach.

The commercial reason that Twitter wants to protect free speech is not that it wants to protect our human rights. It is that the absence of censorship increases the number of “engaging” tweets, which increases their revenue.  But in the presence of competition, their commercial motivation will change. Twitter will then want to implement a consistent censoring policy in order to prevent driving away users that it wants to keep.

Many Twitter users have moved to Parler, the social network now removed by Amazon from its servers. Parler has less strict censorship rules than Twitter and makes clear in its User Agreement that it takes no responsibility for anything posted on it. It has not made any money yet. The plan is to use influencer marketing. Only followers of influencers will see an advertisement or product placement. This still means that advertising subsidizes extremist hate speech on the network, as it does on all advertising-based social networks.

It remains to be seen whether a social network now perceived as a free haven for extremist hate speech will attract any advertisers. Before Amazon removed Parler from its servers, Apple and Google removed the Parler app from their app stores, all due to content that incited to violence. As private companies they have the right to do this. Parler has a choice of alternative providers, perhaps in other jurisdictions

The business challenge for Parler is to find out if lack of censorship is a unique selling point not only for users but also for advertisers. Do advertisers want to be seen on the network? And even for users Parler’s value proposition may not be attractive in the long run. If Parler faces a lawsuit due to a post, it will charge the expenses for its defense on the user who posted the message.

Since Parler has been shut down, people are flocking to Telegram. Telegram guarantees privacy and so far has survived on donations only. It has introduced freemium services and aims to introduce non-intrusive advertising. Telegram includes messaging as well as social networking in the form of channels and groups.

Telegram must have the shortest terms of service ever. Its only censoring rules are that it is prohibited to:

This surely is not an unreasonable restriction of free speech.  However, it may be boring to shout hate messages to a private Telegram group where the enemy is not present.

Consumers should be able to freely switch networks ansd talk to each other across networks. This introduces competition. As a result, the censoring rules on a social network cannot be perceived anymore to violate our right to free speech. As private companies they have the right to set their terms and conditions. Networks should care about their business model. A public prosecution service should be responsible for guarding the rights of citizens.