How to Respond to Digital Colonialism 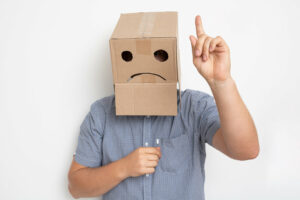 What is exceptional in the Amazon ecosystem is that it added layers in the downward direction (blog 1). It started competing with its vendors by adding private labels. It expanded downwards by opening its infrastructure (Amazon Web Services) and monetizing its logistics, marketing, and payment infrastructure.

This allows Amazon to have a wide range of business models, ranging from traditional retail and marketplaces to content publishing, advertising and streaming (blog 2)

Amazon has followed this strategy in the services of five goals (blog 3):

It has pursued these goals relentlessly and with amazing success. It is perhaps the most successful example of shareholder capitalism on the planet. The result is, according to Bezos’ own estimates, a value extractor company (blog 4).

The relentless way in which these goals have been pursued pays off very well for buyers and shareholders but has undesirable effects for almost all other stakeholders.

Amazon is a data collection and AI company that optimizes its smart ecosystem in the services of shareholder value and frictionless buying (blog 7).

The blogs have revealed a number of failures of a smart ecosystem that is centrally governed solely in the service of shareholder value and a frictionless buying experience. We can repair these failures by a number of government measures that bring Amazon’s governance in line with the governance of the national ecosystems that it has invaded.

How to respond to digital colonialism

All of us live in several ecosystems. We live in a country, which is part of a region, such as the EU. We participate in the ecosystems of Amazon, Facebook, Twitter, Linkedin, WeChat, Telegram, WhatsApp, Instagram, SnapChat, TikTok, Alibaba, Spotify, Netflix, Uber, and others.

These ecosystems are defined as digital networks but they are additionally physical and a social networks. The country you live in is defined by physical, geographical boundaries. Amazon consists of a physical infrastructure of warehouses, trucks, planes, drones, physical shops and delivery points. Facebook and all the other networks similarly are implemented on physical servers, cables, wireless connections, smartphones and desktops, that must be regularly replaced.

And all of these ecosystems contain people that interact, communicate, transact, transfer money, listen to music, view movies, play games, take a taxi, and do many other things online and offline. These physical resources and social activities are governed by rules defined and enforced by companies that exist in nations that may be liberal, illiberal, authoritarian, democratic, socialist with Chinese characteristics, capitalist, or anything in between.

The penetration of national ecosystem by digital ecosystems of Big Tech has some resemblance to the way in which European colonial powers took possession of regions elsewhere in the world from the 16th to the 19th century and bent the local rules of governance to their own advantage.  I do not want to suggest that Amazon signs unequal treaties with national governments under threat of military force,  like the European powers did with the Chinese government in the 19th century. And I do not want to suggest that Amazon is causing misery as widespread as that caused by colonial European powers. However, Amazon does spend an increasing amount of lobbying every year,  $19M in 2019, to bend national rules in their favor. And it spreads misery in the form of friction among stakeholders other than shareholders and buyers. This is a form of digital colonialism.

What is at issue here, at least in Europe, is how to combine Amazon’s centralized data-based and AI-led governance in the service of shareholder value and a friction-less buying experience, with democratic governance by the rule of law according to European values. This series of blogs has analyzed Amazon’s empire and suggested a number of ways to deal with its digital colonialism.