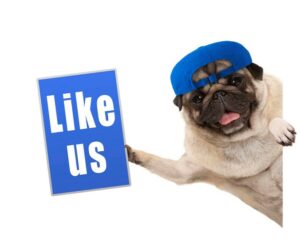 Computer Weekly recently reported that the UK’s three political parties are collecting personal data on voters for targeted political advertising. They are not alone. Dutch political parties do it, Trump does it, Obama did it. What’s wrong with this? Why shouldn’t political parties be allowed to send messages to people interested in these messages?

In this blog we look at how targeted political advertising works and argue that this is a bad idea. We finish with a few proposals to improve the situation.

Targeted advertising in the Obama and Trump campaigns

Obama’s 2012 re-election used a Facebook App called “Obama for America”. At that time Facebook apps could access data of users and their friends, such as tags, likes and demographics, if the user approved it. Users could approve this access without consulting their friends. (Facebook discontinued this function in 2015.)

The Obama campaign combined the friend lists with other data and suggested friends that a user could send campaign messages to. Other purposes of the app were for supporters to donate and to find nearby houses to campaign. Over a million people downloaded the Obama app. If they all agreed to data access, then assuming a median friend list of 200 people, the total data set could have covered up to 200 million people.

Trump’s 2016 election campaign enlisted the services of Cambridge Analytica, who had bought a data set created by Aleksandr Kogan. Kogan had paid 270 000 people one or two dollars to fill in a personality test app on Facebook.[i] The app collected data of about fifty million friends, and sold this to Cambridge Analytica, which combined it with data about US voters to make a set of 30 million psychographic profiles about voters. Cambridge Analytica used this for targeted ads for the Trump 2016 presidential campaign, among others.

The complexity of these processes can be boiled down to two simple steps:.

The data collection processes described above violate some legal and moral standards. The Obama and Trump teams collected data from Friends who had not consented to this. Cambridge Analytica acquired data for purposes not revealed to the subjects. I will ignore these and other problems with data collection and concentrate on the second stage, messaging.

Where commercial ads are subject to restrictions that prevent them from making false claims, political ads are not. Political ads are considered political speech which in the USA is protected by the First Amendment. As Lata Nott explains, “The rationale behind this is that voters have a right to uncensored information from candidates, which they can evaluate themselves before making their decisions at the ballot box.”

This rationale is repeated by Mark Zuckerberg in an interview with CBS This Morning’s Gayle King, where he said “in a democracy, it’s really important that people can see for themselves what politicians are saying, so they can make their own judgments.”

For targeted political ads, this rationale does not apply. Targeted ads are only visible to the target group and not to people who are expected to disagree with the message. The narrower the target, the less people can see what politicians are saying.

This suggests that microtargeting political ads may not be a good idea, because it prevents open discourse about political ideas relevant for all voters. There are two parts to this objection: the lack of a shared reality and the invisibility of false statements.

A democracy needs a shared reality

In a democracy, politicians are held accountable by the people they govern. For this to work, these people must have a shared view of what politicians say and promise.  This is quite different from commercial advertising, where you can tell a few consumers what you want to sell without telling anyone else what you want to sell. Democracy requires a shared reality of the people being governed.

It is not illegal for politicians to lie about their opponents or about their own intentions. But to expose those lies, they should be committed in the open so that their opponents and the people can see and respond to them. With targeted advertising, this is not possible. Different target groups can be exposed to contradicting or even false statements without anyone else noticing it.

This is a big difference with commercial advertising. Commercial ads should not lie or make false promises. Unlike what Jared Kushner thinks, the government is not a business and the people are not its customers. As a corollary: Political ads are not commercial ads.

A drastic solution to these problems is to simply forbid political advertising on social media. Twitter does this. But what is a political ad? Political parties can outsource advertising to their supporters, as the Obama campaign did.

A second solution is to treat political ads in the same way as commercial ads and prohibit any false claims. Google has this policy. This runs into trouble because of the high number of ads. According to Newsweek, on any given day, the Trump campaign was placing up to 70,000 ad variants, and around the third debate with Hillary Clinton, it pumped out 175,000 ad variants. Google itself admitted that they cannot judge “every political claim, counterclaim, and insinuation”.

A third solution, also chosen by Google, is to only allow macrotargeting based on age, gender, and postal code. This increases the size of the information bubbles but still allows my wife and my children to all get different political messages without us being aware of this.

Picking up the stick at the other end, a fourth solution would be to allow targeted political advertising but require political parties to publish all their ads plus the channels through which they have sent their ads. Researchers, journalists and political activists can then use analytics to check if their claims are consistent with published political programs and to identify false claims or inconsistent promises made to different audiences.

We could even go one step further and require political parties to publish, for each ad, the profile to which they have sent the ad. There should be nothing secret about this. It is in the public’s interest to be aware of how political parties view their constituencies. One would hope that in the future, political parties do not act as secret societies but as actors that take responsibility for public governanc

[i] Roger McNamee. Zucked. Waking Up to the Facebook Catastrophe.  HarperCollins Publishers, 2019.Pages 181-187.