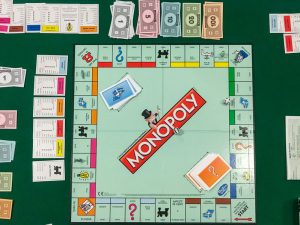 The online economy contains a paradox that we do not yet know how to resolve. Simply put, the paradox is this: Startups create value for their stakeholders, but if they are successful, they become monopolists who extract value from their customers. Take Uber as an example. Initially, it created value for drivers because it offered them a side job, and it created value for customers because of superior service. However, its current goal is “to reduce driver incentives to improve our financial performance.” It sells the rider’s data and aims to monopolize transportation. These goals are about value extraction rather than value creation.

What is value extraction?

Mariana Mazzucato – in her recent book The Value of Everything – explains that value extraction occurs when someone generates income not by producing anything new but by charging above the competitive price, usually by exploiting a monopoly. The classic example is the 18th-century landowner overcharging its tenants for the right to work on his land. Peasants had to give most of the produce of their land to the landowner, keeping just enough to survive.

Value extraction is of all ages. The economist William Baumol lists usury and political payments in ancient Rome, litigation to prohibit competition in the middle ages, and patent monopolies in modern times. Network monopolies, such as Uber is aiming for, are a contemporary example.

How can we create a market that is free of value extraction?

A role for government

It seems, paradoxically, that only a central government has the power to put a stop to value extraction and rent-seeking. An example is the call of ten European cities, including Amsterdam, Berlin, Paris, and Vienna, for help from the European Union to combat the excesses of AirBnB rentals. The home sharing economy threatens to turn into a marketplace where landlords can extract value from their property without caring for negative side effects, and these cities want to prevent this. But separately they are not powerful enough to do so. They have turned to the EU for regulatory help.

To prevent that a central government itself succumbs to value extraction, it must be pluralistic and under democratic control, as illustrated with ample historical evidence by Acemoglu and Robinson.

Government intervention may be one element of a solution to the problem of excessive rent-seeking, but we as business actors have a responsibility in this too.

A role for business

Mariana Mazzucato points out one element of a solution: Instead of aiming at maximizing shareholder value only, we should aim at maximizing stakeholder value. Elaborating this in terms of our TEAM framework, each company is part of an ecosystem that not only contains shareholders but also customers and suppliers, their customers and suppliers, and its competitors and partners. To make a business model of a value proposition, we should make a viable stakeholder model of the ecosystem and assess the distribution of benefits, costs, and risks over all stakeholders of that ecosystem.

This means that a business model of the ecosystem of a company consists of three parts:

A business model of Uber’s ecosystem would show that, in the world envisaged by Uber, the distribution of cost, benefit, and risk over stakeholders would not be perceived as fair by all stakeholders in its ecosystem.

More about the construction of ecosystem business models can be found in my earlier blog about the TEAM framework. Using this framework for the architecture and governance of ecosystems is not sufficient to solve the problem of value extraction. We also need the willingness to distribute costs, benefits, and risks fairly over stakeholders. But to make this possible, it is necessary to use a constructive approach to ecosystem architecture and governance to get a grip on the problem.

This website uses cookies to improve your experience while you navigate through the website. Out of these, the cookies that are categorized as necessary are stored on your browser as they are essential for the working of basic functionalities of the website. We also use third-party cookies that help us analyze and understand how you use this website. These cookies will be stored in your browser only with your consent. You also have the option to opt-out of these cookies. But opting out of some of these cookies may affect your browsing experience.
Necessary Always Enabled

Performance cookies are used to understand and analyze the key performance indexes of the website which helps in delivering a better user experience for the visitors.

Analytical cookies are used to understand how visitors interact with the website. These cookies help provide information on metrics the number of visitors, bounce rate, traffic source, etc.

Advertisement cookies are used to provide visitors with relevant ads and marketing campaigns. These cookies track visitors across websites and collect information to provide customized ads.

Other uncategorized cookies are those that are being analyzed and have not been classified into a category as yet.